This Saturday, October 24, from 9 AM to 12 approximately, we are

It is full of variety with 9 young people playing piano, Melody Bober as

poetry, 3 original pieces of music, history of our organization etc…

One will need the zoom app (free) on your computer.
Join Zoom Meeting
https://us02web.zoom.us/j/72494033769?pwd=ZW5hSkNodTBJUUxBUDVBNkNRdnAzQT09

“Want to hear two organists on one organ?

“Want to hear two organists on one organ?  Come to the concert:

will feature Dr. Gregory Peterson, head of the music department at Luther College, Decorah, Iowa.  He’ll be playing Ralph Vaughan Williams, Bach, Callahan, Buxtehude, Gade and the favorite Toccata by Widor on the Glotter-Gotz organ.  Joining him on several pieces is Prof. William Kuhlman. college organist emeritus at Luther College and now living in Tucson, AZ.  Tickets are only $10 and may be purchased at the door.  All are welcome.” 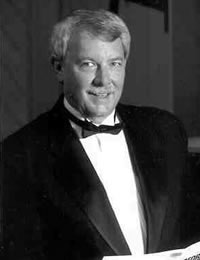 Critics hailed organist William Kuhlman as “a world-class performer” whose playing “communicates musical purpose and excitement.” His passion for his art was reflected in a teaching and performing career that spanned a broad range of activities, from concerts with the Dallas and Philadelphia Brass and Chicago Symphony Trumpeter Adolph Herseth, and solo recitals in the cathedrals of Trondheim, Rotterdam and Vienna, to publication in 2002 of his scholarly work in the national organ journals, “The Diapason” and “The American Organist”. His past appearances have also included engagements with the famed Empire Brass. One year, his performances aired on five different National Public Radio programs including “Performance Today,” “Saint Paul Sunday Morning”, “Pipedreams,” “Morning Edition”, and “All Things Considered.” He has recorded on the large mechanical action organ at the Center for Faith and Life built by Robert Sipe, including a  brass and organ disc recorded with the Empire Brass under the Telarc label which was issued for national distribution in 2003. For his scholarly activities he received research grants from the National Endowment for the Humanities and the George C. Marshall Foundation. His compilation of organ literature and sacred tunes entitled “The Organist’s Music Library Plus” received nationwide praise as an invaluable tool for organists, performers and scholars. Over forty of his former Luther organ students went on for graduate degrees at a variety of prestigious institutions.

“Five Foot Two”, “Church Bells Are Ringing”,  “Life Is Just a Bowl of Cherries”, “You’re the Cream in My Coffee”?  These timeless standards and many more were written by Ray Henderson.  Ten musicians, including singers and dancers are doing “A Tribute to Ray Henderson” for only $10 per ticket.  Produced by Jean Bayus.  Tickets are available at the door or at the church office, 623-584-2000.

On this fourth of July we received the Video of John Wayne america’s best spokesman!

Go to our video section to view this great piece of Americana!